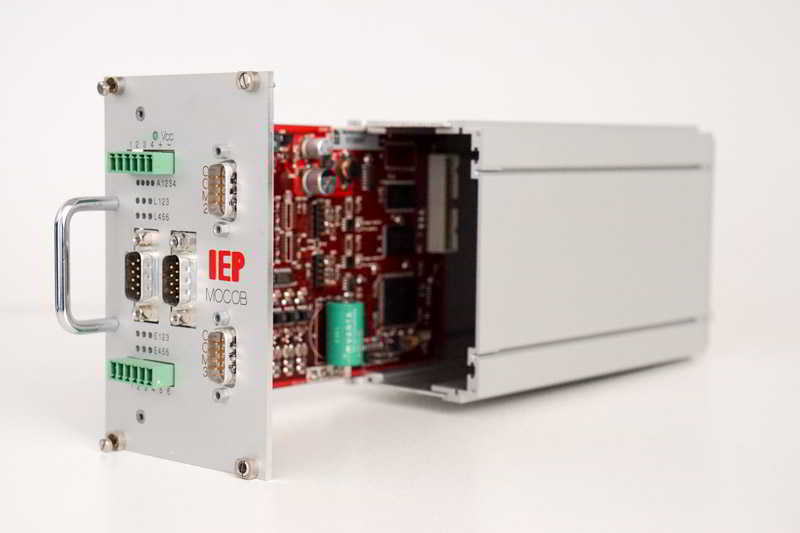 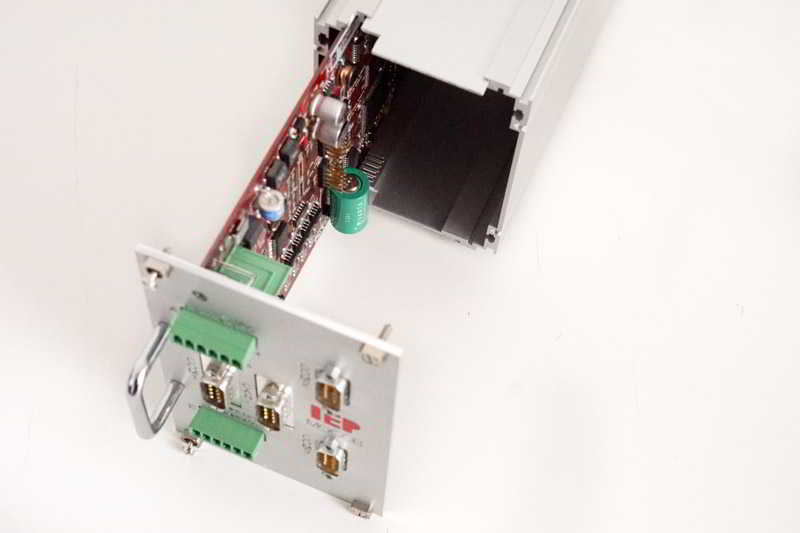 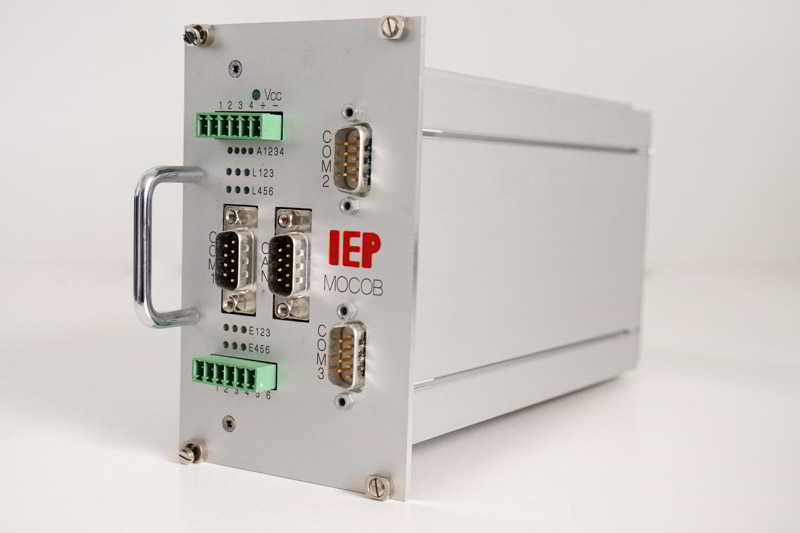 handy 19" cassette for installation on site

As an OEM system, the MOCOB-V3 is used wherever new functionality is created through the inexpensive connection of individual, intelligent measuring systems and some additional input and output functions.

The digital inputs/outputs are controlled via the TPU of the MC68332. In addition to the simple I/O functionality, the inputs can also be used as fast pulse counters, for frequency measurements or for position detection with incremental encoders.
The outputs can generate fast output signals via the PWM function of the TPU, also depending on the input states.
The states of all inputs/outputs are indicated by LEDs.

The 3 serial interfaces can be designed differently. The CAN bus is galvanically isolated and allows baud rates up to 1MBaud.

The real-time operating system RTOS-UH is standard. Programming is done in ANSI-C, PEARL 90 or in IEC 61131-3. 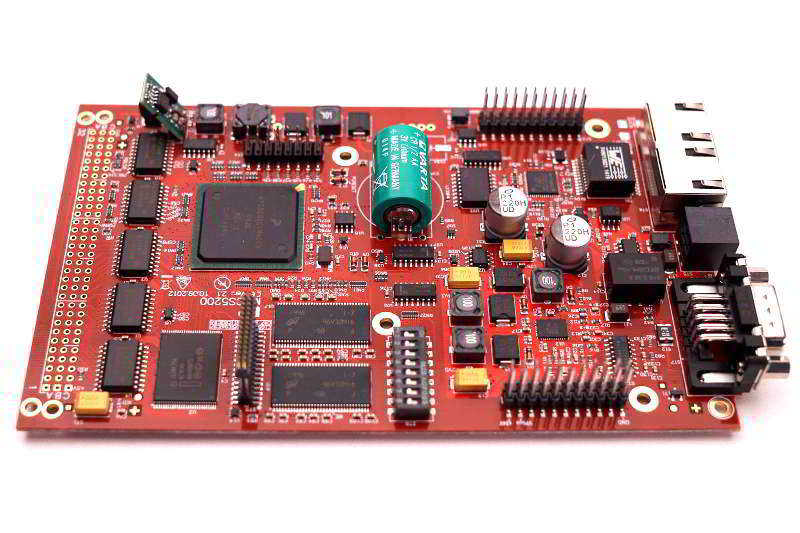 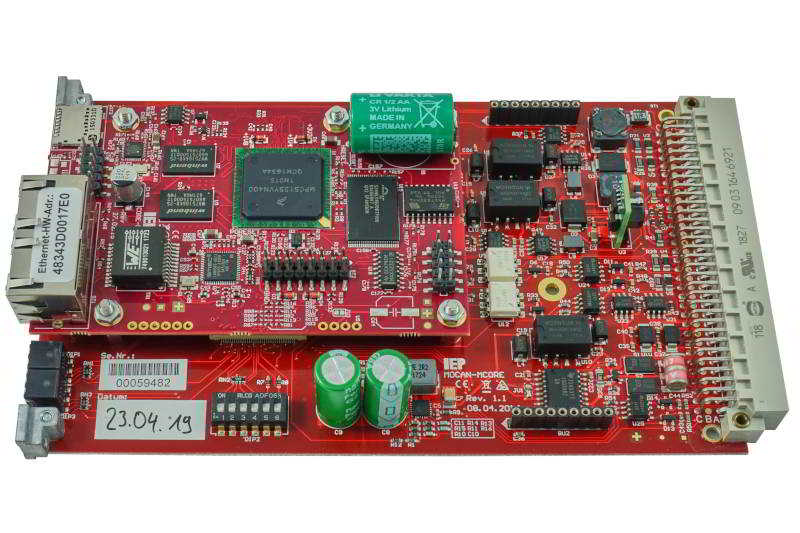